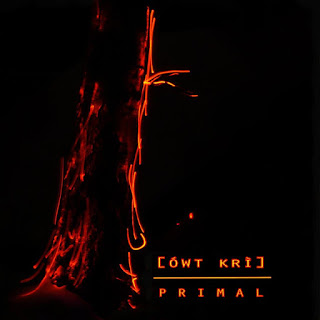 There’s obviously a certain something, a je ne sais quoi, about Scandinavian countries that inspires certain types of musicians to produce deeply felt ambient creations that reach beyond the merely emotional and into a region that’s almost occult in its effect. I suspect it has a lot to do with a combination of landscape, climate, and isolation, especially since the further north one ventures the less hospitable the land becomes (although it’s acknowledged that people have carved out good lives even in such adversarial circumstances). Much of what I term Scandinavian dark ambient tends to veer towards the lean and spare, often run through with a vein of chilling darkness that elicits shivers that make the hairs to stand up on the back of one’s neck.

So too does this quiet, contemplative work: [ówt krì] is Finnish musician Kenneth Kovasin, and this is the sixth full-length album to be released by the project. Unlike most dark ambient from his region of the world, the pieces here speak of both the light and the dark, existing within a liminal zone where it’s forever dusk. The overall sense is one of encroaching dark, but nevertheless there’s a hint that not all has been totally subsumed by night, and that light is still illuminating parts of the physical and mental landscape. This is a transitional point that occurs every day – the time when the diurnal gives way to the nocturnal, when the living prepare to sleep and the dead sally forth to wander abroad, and the time when the mundane becomes magical. These two worlds overlap for the briefest of moments and, within that temporal slice and if one has the sensitivity, a frisson of tension is sparked off. The world goes quiet, anticipating, expecting: reality is pregnant with all kinds of possibilities, from the ordinary to the extraordinary. On one side is the world of mundanity, our world: on the other is the world of our forebears, where magic and mystery lived side by side with the everyday.

We are treated to sonorous whisperings of winds and mournful washes of sound, swelling and tumbling, sometimes beginning in the subterranean belly of the earth and then escaping gravity and soaring, reaching to the heavens in quest of something intangible and indefinable. The music possesses that sparseness so characteristic of Scandinavian dark ambient, yet it still comes across as lush and detailed: it swirls and spirals endlessly, ranges high and low, and loops through both the bright and unilluminated spheres of heaven and earth. It speaks of possibilities that, in the twilit world, exist in recognisable potential but fail to manifest completely by the time darkness descends. They still exist in potentia, but need the nourishment of light to be fully realised.

This is both angelic and demonic, a meeting place of the two natures of Malkuth and Keter, of the primal existences intertwining and communing with the purely sublime. For one side it’s a promise and an enticement, and for the other it’s a lesson and a reminder. It’s the past, present, and future all colliding and converging in a singular moment in time. It’s filled with ghosts and the souls of the living, of idea and manifestation, of intention and accident, and of the mundane and supramundane. It is all and nothing, of existence and non-existence, of what is and what is not.

Perhaps it is asking us to step into that liminal zone ourselves, to observe and feel the stillness and quietude, to imbibe the mood of dusk and all the hidden potential that contains. This is, once again, a deeply spiritual work that from Sombre Soniks that implores us to set the ordinary aside and partake of something deeper and more real. Embrace it.