A1. Look Into My Eyes.
A2. Muffled Scream.
A3. Sidereal.
B1. Emerging is Submerging.
B2. Stolen Breaths and Destroyed Hope. 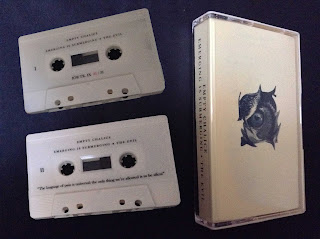 I was contacted on the blog recently by the project Empty Chalice off the strength of my Atrax Morgue review. This is an Italian project of Antoine A. He has done 5 releases as Empty Chalice and Gopota. This most recent album is Emerging is Submerging and this was recorded between 2015-17.

It’s good to be approached by projects like this instead of buying and picking what I review, sets a challenge. So it stands as my first real review request. On first listen, Emerging has an immediate ethereal beauty with lots going off in the background. Massive, spacious atmospheres build up on ‘Muffled Scream’, ‘Sidereal’ juxtaposes grunting vocal noises and ethereal ambient sound. At first this track stands out as it feels slightly sullied compared to the others. This contrast appears in other parts of the album, particularly the more industrial Emerging is Submerging, which varies things with clear electronics.

Throughout the album, I found myself focused on the background details and then suddenly pulling to the forefront of the sound - I was constantly emerged in its depths, It was as if I constantly descended and submerged through the album. Along with a subtle track variety and moments of beauty; these depths are the album’s main strengths.

Empty Chalice – The Way is Called Black. Cvlminis Records - self one copy only release– 2015 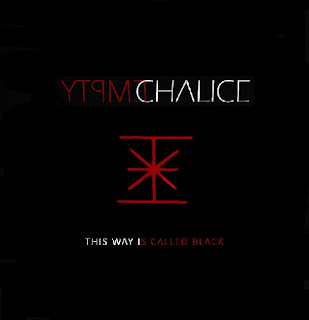 Emerging is Submerging stands in massive contrast to the sonic violence of the previous Chalice recording from 2015 – The Way is called Black. The Way begins quite dreamily but soon grows into some very raw assaults of noise, particularly ‘You Knock the Cross’ which is violent electronic insanity, effective through its' minimal palette of sound. The walls static of noise and looped repetition made me think that Bandcamp had hit a glitch.

Combative walls of noise are toyed with to form Nebel, continuing the album’s primitive assault. Radiating drones are rudely interrupted by sharp frequencies in Distant Sun before Ibex goes insane. Rather than the traditional radiating keyboards of Distant Sun, Ibex contains piercing, progressive scales of noise within which the volume is fucked with to create a spewing radiation of noise. Blue Instill goes off the scale. This demonstrates tracks feeding off and progressing on from each other. The final track Wieviel Bist is like a slow death, unkindly winding things downto an end.

The two albums stand in contrast to each other; Submerging’s ambient beauty, and Black's radiating violence; I truly and equally loved both approaches. Sonically both albums work brilliantly. This is an intelligent, impressive project that has set my Sunday off to a good start. Thanks. 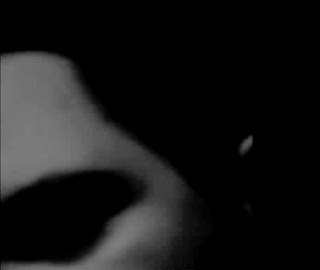