Ryan Wildstar is a visual and musical artist. He was involved with the bands EXP and Premature Ejaculation, eventually making material under his own name. There have been two albums; A City of Brittle Stars and Give Me Your Alchemy. In relation to 1208 North Fuller Avenue, it is essential that this work is featured on this site. 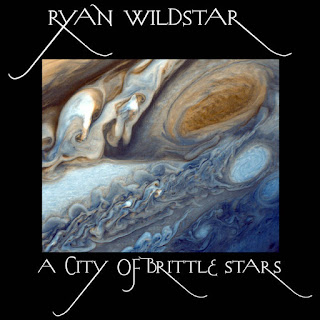 A City of Brittle Stars – was the debut solo release by Wildstar in 2013. This album begins with deep spaced drones as Wildstar’s clear voice cuts through with clarity delivering spoken poetry which at other times is overlaid and contrasted against itself. The sounds are again provided by Jacen Touchstone, the sounds he provides are experimental yet clear in their presentation. Touchstone’s complex styles differ across tracks serving as a perfect soundtrack to Wildstar’s vocals. Amazing piano work keeps appearing throughout the work. The dreamlike state is the constant factor of City of Brittle Stars giving the work an other worldly feel. Some parts of the album are sung, adding melody and song to the album, as mentioned different Wildstar vocals play off each other. Overall, this is excellently performed, there is a sense of theatre to the work and it is a strong debut. 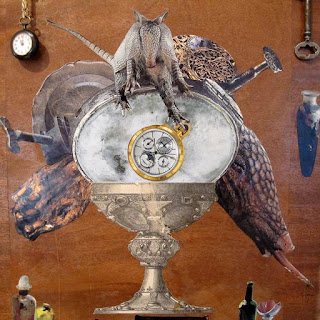 Give Me Your Alchemy – came at the end of 2013. String instrumentation creates the Overture that introduces Give Me Your Alchemy, it takes me back to the richer moments of Scott Walker. The first track with vocals is the album’s title track Give Me Your Alchemy, which features livelier industrial - dance rhythms as Wildstar’s vocal switches between spoken and sung backing vocals; I feel as if I am in the film Subway. I like the range of experimentation of the album, the music goes from upbeat Industrial Dance to almost acoustic tracks with a similar feel to that of the opening track, this is spread across the album as Piano and strings create beautiful melodies. Some of the more tribal tracks take me back to the work of Pain Teens. The musical score was written and performed by multi-instrumentalist and composer Jacen Touchstone. Wildstar’s vocal is mostly spoken poetry and sang in some parts, both works well with Touchstone’s music. Give Me Your Alchemy builds on the strengths of the debut and produces many moments of beauty across its 11 tracks.