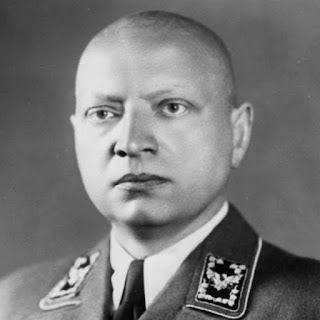 I was won round by the last Uncle Grasha’s Flying Circus release Stalinist God I reviewed in May 2019, it was humorous, beautiful work that impressed me. UCFC make surreal, funny work that deals with serious European Czech history that seems to transform into something beautiful and powerful.

A Man From 1945 is based on a paining by Czech artist Josef Istler. Istler produced paintings that seemed to anticipate a lot of art that would come in the mid-20th century. Drones and whistling sounds create a barren atmosphere, this pulsates for a long time until a spoken vocal talks over this, whether it is a sample or the artist I am unsure, a whispering vocal overlaps this. This builds up intensity until it dies off.

Hope for Milada begins with subtle music in the background which plays until a national anthem/song is sung, infected, noise begins to drown this out and takes centre stage for a while. What appear to be political speeches play out whilst the noise simmers and menaces the listener, the speeches rage at each other in the meantime.

The NBDY Sacrifice remix uses more chaotic noise, vocal samples are warped and repeated as Harsh Noise goes off everywhere, sharp pitched feedback, crunching distortion. The sonic language and patterns are continually changing, messy as if in a constant rush. This is not a criticism as it is a good, severe display of noise fireworks. Impressive work.

This replaces the beauty of Stalinist God with some serious, noise intensity making for a great release by Uncle Grasha’s Flying Circus with NBDY.