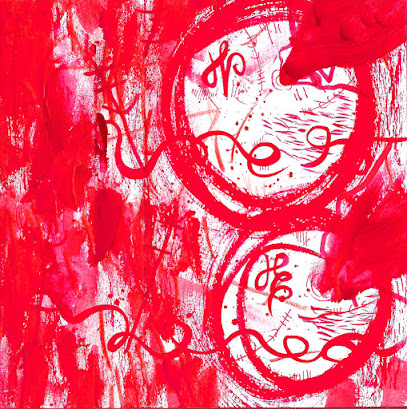 High pitched wailing introduces a project that I am now well familiar with Blackcloudsummoner, serious frequency abuse lets me know that the work has begun. There’s a gentle side and an in contrast there is an aggressive side which is the side that this release revels in. There is an esoteric feel to the noise. Shifting, differing high pitches seem to argue with each other, whilst continually altering what’s being said by the sound. Something is nature like about the sound as it develops, like angry birds singing against each other. At times this feels like it is screaming at me and as it accelerates, the work becomes manic as if teetering on the edge of a malfunction. As this happens, the sound becomes more computerised, crashing and screaming out of a chaotic void, not a wall, a huge bleeding, writhing void. The die out is a fantastic, brief display of Harsh Noise.

Deep bass like drops and short screeches of sound introduce part 2. At first it sounds desolate as it is just a play off between bass drops and sharp noise as if both are taunting each other. The square up continues until a wailing sound takes over and intensifies the blackness, as if a flute with a tune of blackness, a Pied Piper leading us to our death. This is a lot bleaker than the first part, by far. As this builds up and becomes more crowded, the intensity and urgency rise increasingly. You can feel the overload coming as the use of distortion thickens up the sound, leaving no space – this is chaos.

Listening to this, the project clearly occupies its own territory. The works rips into itself then projects outwards. It is abusive yet affectionate, there are a lot of contrasts playing off each other in this cassette. The self is digested and spat out, limited to 13 copies, buy one before they go as this is Top work.