Spiroboy - Why Don't You Do Right?

Album: Why Don’t You Do Right?
Artist: Spiroboy
Label: Self-released
Catalogue no: N/A 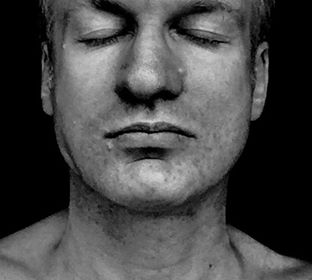 A word to the wise here: the quiet, introspective Eno-ish first track, consisting of a sparse piano refrain over gentle and distant strains of strings and susurrations might lead you to think that this eight-piece opus from Manchester’s Spiroboy is the sum flavour of this release. Not a bit of it – ‘I Could Never be Happy’ sets that fallacy right straightaway with a helicoptering oscillating burble which comes from the opposite end of the spectrum, an unnerving siren of encroaching danger, an alarm which fades in and out and finally segues into a high-pitched, teeth-grinding whine.

These composition emerge stealthily from out of the margins, those liminal zones between the here and there, the now and then. They appear to exist in a constant state of flux, with sounds shifting in tone and perspective, ebbing and flowing, ranging from cold hollow winds, shimmering burbles, washes encroaching and then retreating, and things that pop in and out of existence like ephemeral fireflies. At times we are left wondering whether what we’re hearing is actually there, or just the product of our own imaginations after being in such unfamiliar territory. For all we know these are the ghosts of our own regrets, dreams, and lost loves. Perhaps they are indeed the reflections of the deeper self, the one we hide from ourselves.

These ghosts are insubstantial, and yet they infiltrate our minds and become much more than they appear. They rely on our own insecurities to magnify their power, and to exaggerate their effects. We become our own worst enemies. In these forsaken edgelands, far from the comforts of light and warmth, the topography becomes a danger and a nightmare, a shady world inhabited not by real creatures, but by phantasms culled from our deepest fears and uncertainties and given shape. They only exist because, in our ignorance, we have given them permission to do so.

After careful consideration, I think this is a well-crafted album – even taking that first track into account. Fancifully I could posit that ‘I Waited’ is a deliberate ploy, an enticing come-on to lure us down the paths best avoided, the ones which either lead us to our doom or to a form of salvation. Either way we face a type of dissolution, exemplified by the barely audible winds blowing on the final track, ‘Alone Together’ – but alone together with what, exactly?