Going back to Birmingham, particularly Digbeth is an intense thing, Digbeth is like a mythical, other worldly No-man’s land within Birmingham. To see such huge, empty, abandoned buildings covered in spray artwork is something. The drive was long, but I was thrilled to finally be there. When I found Centrala Space, it was a small, gorgeous Arts Café that does events and exhibitions; I had some great coffees there and got talking to people. This was friendly, relaxed with people just there for the noise, it was the Birmingham I knew and loved. 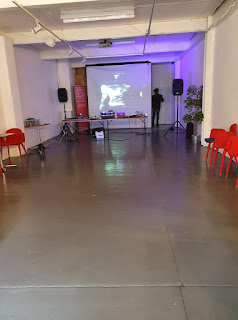 The first act on was Colossloth which is the project of Wooly Woolaston, who has been active as Colossloth since 2006. His set started off with deep drones with what I’d call an electronica feel as harmonies were woven into the texture of the sound. Things would build with massive rumbling drones, harmonic distortion and then erupt for periods of time. This would happen in different ways that utilised drones, sharp noise, waves of distortion and harmony, his set really contrasted beauty and rawness with a very impressive, forward thinking attitude. The atmosphere in the work was so well manipulated that there couldn’t have been a stronger opener, the bar was set high already. 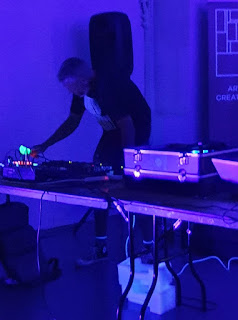 I’ll confess, I didn’t know what to expect with Tunnels of Āh, I’ve reviewed and really got into Stephen Burroughs work as Frag and Comicide, but I was holding off on Tunnels until I bought the albums. So, I was going in blind, I like to do this as you get a good gauge straight away. There were a bunch of technical difficulties at first as the PA had blown or gone during Colossloth’s set; a new one had to be set up, so there was a new PA, loads of wires, new speakers and a big amp. The sound then kept cutting out until it was finally set up and working, the bits of noise made until it cut out were good, very different. I don’t know if this changed what it would normally be like, but once all this was fixed, it was like an older type noise gig with wires and amps everywhere and a massive Cacophony took off. Massive horn like, distorted drones took blasted at a massive volume. The sound functioned like Wall noise, but had an esoteric, shifting movement that morphed and changed constantly. There was an ancient/old feel to the sound, as if connected to times long past. Tunnel’s sound seemed to constantly grow and get louder as if in permanent cycle of growth until the set stopped. I can see how the sound grew from the early 80s roots of Comicide and I want those four albums for sure. 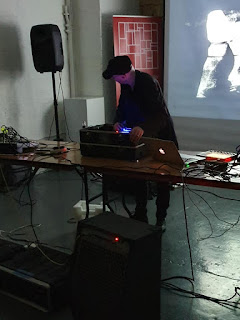 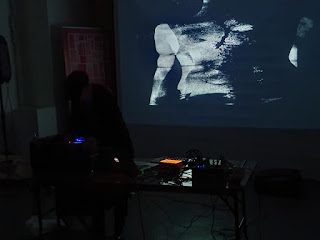 Satori I knew even less about, I believe there were line-up changes over the decades and the project stretches right back to the mid- 80s and was on the Broken Flag label. Satori’s show had a backing film, compromised of striking images of war, genocide, torture, surgery, decay and explosions that was a powerful backdrop. Satori used vocals, they could have been louder, but there was PA issues and it was a great to see some shouting which made for an intense physical performance. The use of noise was loud, as Power Electronics it shifted regularly between subtle to extreme. The sound was distorted and at times cold and clinical. I didn’t take notes during Satori’s set, I was really pulled into it and found myself immersed. I also bought a CD and found it had a similar effect. There is something ‘other’ about Satori, a depth or distance that gets very vast as you fall into it. 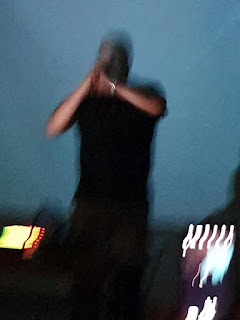 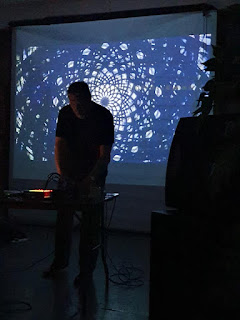 This was a great show, it was three very different artists combining to make a great night with strong performances.