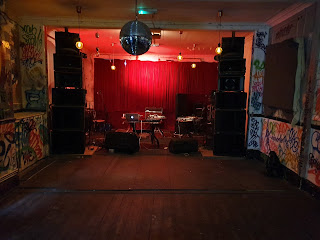 For tonight’s event there were some last-minute changes, Lucy Adlington was replaced by Occulting Light. This was what I’d call a Nocturnal Beats project, built from arching Keyboard drones, beats and noise that made a slowly building sound, the work intensified as the set progressed. The beats seemed to become more tightly repetitive, as the moody sound built up to a hypnotic climax. I liked this and got into the performance, Beat driven, noise related things like Tetsuo, Abysse, Salford Electronics and Daphnellc have really been on my listening list lately. This really fit in with that for sure. I do believe this was the project’s third outing - good work, good show.
https://occultinglight.bandcamp.com/ 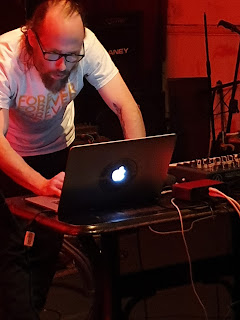 For Nacht Und Nebel’s performance there were no stage lights, just the glow of the small light included in the artists set up; it was all about the noise made and made for an effective sound delivery. When the sounds started they were stuttered and choppy, interrupted by silence. It morphed to a bigger sound that was distorted, pulsating, throbbing and very controlled to make one of the most sonically tense and abrasive sets that I have seen from the project. There seemed to be a lot of individual sonic aspects put together in different segments of the show, it was very varied in sound language as various cutups built and interlinked to make a whole.
https://nachtundnebel.bandcamp.com/ 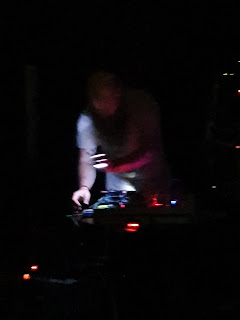 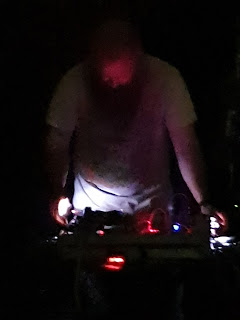 I was keen to hear Vampyres as I’d bought ‘Voyeurs at the gates of hell’ when Culver played here a few months back, it’s the project of Lee Stokoe of Culver and Martyn Reid. This is a more aggressive project in sound, there are massive drones combined with an army of noises. Their performance moved from being suspenseful, guttural, infected and pulsating throughout their set. Like their recordings the drones that underlie the music combine with the chaotic noise that batters away at the foreground and sound huge. Each artist’s sound grew tonight, but this went elsewhere. Vampyre’s set was simultaneously controlled and chaotic, I feel both members bring different things to the project, as a result I was very impressed by what I saw and bought their ‘Bloodstream’ tape plus a bunch of other Culver stuff. 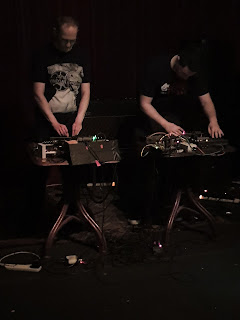 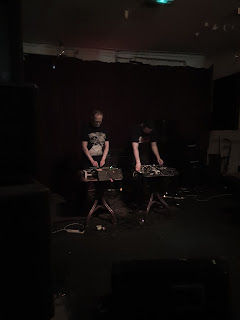