I recently wrote about the series of four cassettes on the Outsider Art label, each one was by a different young UK Power Electronics artists, you’ll see how excited I got over the Active Denial tape and one by a new Welsh PE act called ‘Ordeal by Roses’. ‘Welsh Power Electronics’ and ‘Death Fixated Power Electronics,’ already I’m blown away by those descriptions. This comes from a country steeped in ancient mysticism, a land that will never really be ‘Westernised’, a dragon that will never die – I’m not talking shit either, I see this every time I go to see my Mother in Law several times a year.  I recently went to my Step Father In Laws funeral in Wales, then my cat got run over, I’m not really over either, this work kind of resonates so very powerfully in my life right now – that self-titled cassette is a diamond, a bright shining diamond that I can’t leave alone. So here I go on an unannounced Ordeal by Roses Bandcamp raid!!!!!!! 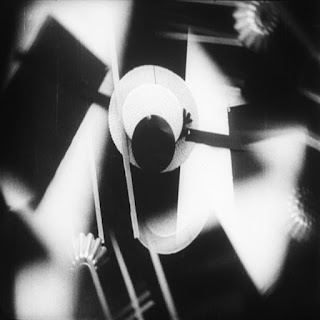 Demonstration (September 2017), begins as wall noise, various frequencies of distortion dominate and pitch against each other. PE frequencies begin to resonate massively, flooded over by the walls of distortion and interrupted by sharp frequencies. This could be mistaken for Harsh Noise but is an abstracted raw display Power Electronics dynamics. This is described as an improvisation to let listeners know what to expect in a live setting, I’d call it the first confident steps of Ordeal by Roses. 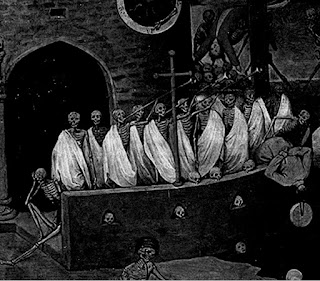 Document 1: Action 12 (November 12, 2017) I believe is an early live performance, or the 12th performance. The performer introduces what he’s doing screams and restrained noise begins, it does rise at times, but restraint is consistent to work around the vocals; spoken shout, a dialogue, the performer allows himself to be drowned by the walls of distortion, yet he punctuates it with rude blips and noises. Here we see little bits of Ordeal by Roses begin to show and develop. The later vocals are pure upset rage, not something I’d want in my face. It morphs into a throbbing Death Industrial passage of sound whilst the vocals seem intent on killing everything, as it dies down, the menace is still very prominent. 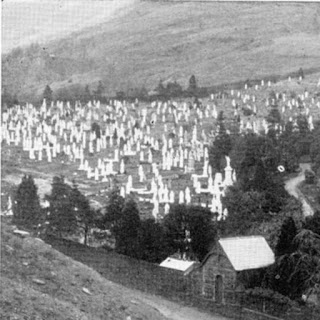 HOSPICE//CEMETARY ( July 9th 2018) the artwork to the download is impressive and powerful, a cemetery, Welsh I assume. This starts simply by resonated infected frequencies, tweaking their distortion until a temporary wall of distortion stands, the sounds crackle and creak through the transparent walls. The vocal seems to have now elevated itself to the next level, it is backed by some hiss as everything else is killed off. This is the sound of pain and mourning, just fucking blasts of it, paragraphs of pain that seem to increase in their volume and become less audible as they get angrier- the angriness is amplified by the noise. This is done well, very well. 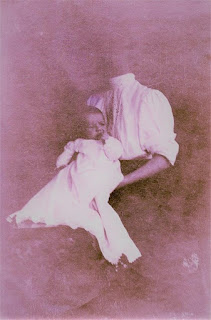 EMPTY CHAIR//DEATH’S WHITE FACE (May 29th 2019) haunting artwork accompanies this recent release. This is more representative of the fully formed Ordeal by Roses sound, it’s mournful and angry and seems entrenched in the Welsh landscape, I don’t know why but images of the place flood my mind. If you think of the work of Cremation Lily early on, this takes that forward-thinking attitude and jettisons forward with it. Just by pulling the noise back and allowing Keyboard harmonies to dominate you’re immediately somewhere else, this shoots ahead of the tape in progression.

I stand convinced in my enthusiasm, excuse me, I’m off to buy the tracks in case this Bandcamp disappears. Outstanding work sir, you’ve impressed the fuck out of me - I will always be watching.