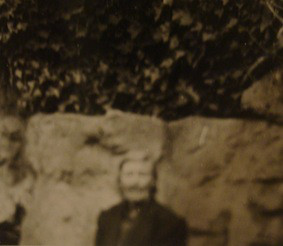 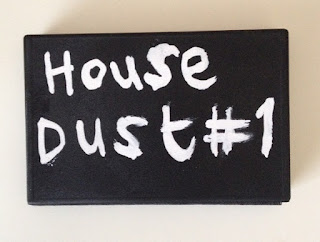 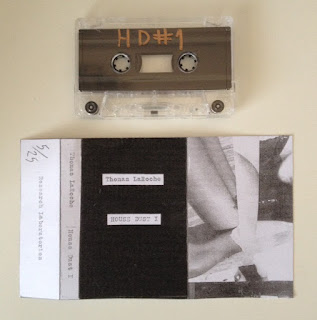 Thomas LaRoche is one half of Active Denial who produced two amazing cassettes in 2018 and 2019. House Dust is one of his many other projects on Research Laboratories. This short tape is in a limited edition of 25. It’s described as Musique Concrète; wavering tonal frequency continues in a steady line whilst metal scrapings drag out around, through and over it. Energy build as the scrapings and clattering grow. The scraping is relentless and becomes intensified as its’ sharpness rises, this is raw. I assumed the programme was repeated on the other side, but the tonal frequency seems to dominate the clatter. The tonal noise eventually takes over and it’s done.

I like this, another obscure gem from Research Laboratories. 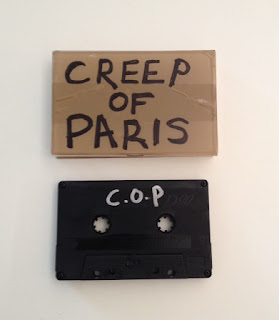 Whereas House Dust was a new tape with hand painted cassette case and artwork inside, Creep of Paris – Gavia Immer is way rawer. It’s a recycled cassette that is spray painted black, the cassette case is covered in packing tape with the name written on in pen and some details printed off and stuck on the back. Also, Gavia Immer is another name for a Common Loon or A Great Northern Diver bird.

Old instrumental Jazz music plays, it has some amazing drumming, this plays out until some recorded dialogue appears over a microphone. A man and a woman converse. A woman then talks, it seems to shift through different passages of dialogue with different characters. How old this is I don’t know, how it was obtained is a mystery. Old music takes over, the crackle of the old vinyl very prevalent as it dies off.

The B Side, contains old film music spliced up between passages of Field Recordings of inaudible dialogue amongst crowds, the two are cutup and play for periods of time with each taking over for a duration. This just continues, but it works and is the most effective side of the release, the relentless repetition of the two sources is good. It continues until a piano recordings and jazz play out. I found I was able to get into this more that the first side, I engaged more..

All in All it’s been an enjoyable morning of experiments from the Laboratories.