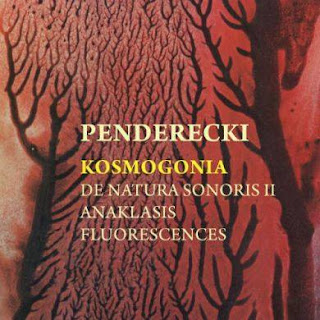 This has already been out for two years, yet I am only now reviewing it because it’s timeless in a way that many more recent releases will never be. If you want a masterclass in how to create chill, dread-laden atmospheres or a lesson in how to conjure genuine bone-freezing and intensely dark music, then I suggest that you grab yourself a copy of this CD immediately.

Cold Spring may have issued this back in 2017 but the original vinyl release came out in 1974, when the concept of ‘dark ambient’ hadn’t even been formed in embryo. I distinctly remember that after hearing this for the first time I felt somewhat shell-shocked – this was like nothing I’d ever heard before, and knowing that it had all been created using traditional instruments and the human voice only intensified my astonishment.

It is layered and dense, with wave after wave of crescendo upon crescendo, frantic strings and percussion battling for supremacy, cut through with operatic voices and choral passages that crash in upon themselves and shatter. Quiet plains of bowed sound shimmering like a heat hazes in the far distance, broken only by staccato string interjections and exclamations of focussed pandemonium, only to be finally subsumed by tsunamis of crushing brass instrumentation, slowly dissipating into ringing tones which further deteriorates into haunted silences. It is anarchic, restless, and unsettled, and also serene, relaxed, and tranquil, but above all it is complex, confusing, perplexing, disturbing, frightening, and unnerving

This description is just a taster of the wonders contained herein, even if they’re drawn in shades of disquietude, insanity, imbalance, and even fragility. It’s a series of miniature explosions, designed to destroy equilibrium, heighten expectations, and batter the psyche, with perhaps the ultimate goal of shattering the latter. It’s challenging (a word I don’t like using ordinarily), and if you accept what it’s confronting you with then there are rich rewards to be had. This is the kind of birthplace from where the present dark ambient and industrial scenes emerged – the roots are right here, and even today they remain flourishing and strong.

If I was to highlight one of the tracks here it would be the titular one, ‘Kosmogonia’ – a magnum opus of unsettling majesty that in turn elevates and crushes. It is the collision of light and dark, matter and anti-matter, annihilation and creation. It is all and nothing. It is beauty and ugliness. It is, simply, stunning.