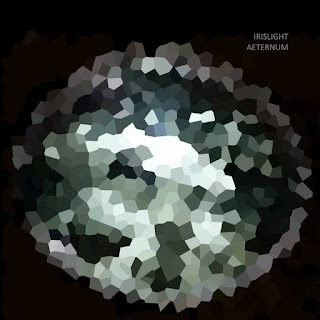 Deep, cold, isolationist drone ambient from the artist formerly known as Generic, broadcast from somewhere between the lightless abyssal depths of a vast ocean and the deserted streets of some cyclopean Lovecraftian ruin. And in that enormous space betwixt lies a complete geography of loneliness and madness, spiced with the utter meaninglessness of existence. It’s all coloured in the deepest hues of emptiness and desolation, and yet, its shimmering coruscation and scintillation holds the purest of frosty beauty, and that beauty is a wonder to behold.

In the context of these seven tracks, darkness is a relative concept. Ever visited an old building that even on the brightest of days appears to be hiding something malignant within its walls? This is the nearest description that comes anywhere near distilling the essence of the compositions here. Resonant bells and gongs, stretched out into timelessness, cutting banshee winds that penetrate deep into the marrow, and frigidity that not only steals warmth but also all thought. There’s nothing here but unbroken and unchanging landscapes, a place where a second lasts as long as a millennium, and simultaneously where a millennium lasts as long as a second.

A couple of examples will suffice. The album opener ‘Novus’ sets the tone being painted here, assailing our ears with ringing tones and wails the sources of which are obscured by a thick veil of mist. ‘Spatium’ is the slow subterranean heartbeat of this frozen realm, and album closer ‘Cecidimus’ (Latin for shrivel) is the logical endpoint – dissolution and disintegration of self and existence, the scattering of everything we were and have known to the cold reaches of the ends of the universe.

From a personal perspective, I connected on so many levels. That suspicion that there’s far more to reality than what we’re able to perceive with our senses, that perhaps there are forces of which we’re unaware shaping everything around us, and that furthermore we have no control over those forces. We’re reduced to tiny insignificant specks smaller than the atoms which compose us. Salvation and redemption are beyond us and impossible to grasp: we live in an entirely neutral universe that neither cares if we live or die. If we destroy ourselves as a species there will be no one to mark our passing, nor anyone to remember us.

Closest thing to an exposition on the beauty within futility I’ve heard in a long time. Excellent!