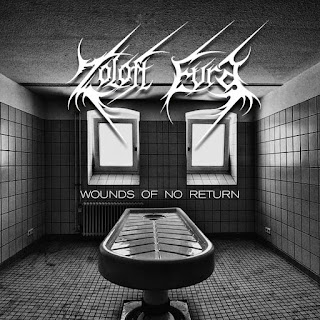 I admit to not having heard Zoloft Evra before, I am listening afresh to their work. They are linked to MMM whom I did review in a past Facebook Group Review. There appear to be four members who as well as MMM are from other Industrial projects such as Deathwalk Demonologists and Nocturnal Degrade. Wounds of No Return is their 5th physical release and third full album.

From looking at the cover I thought I was going to be listening to a typical Woman mutilation/torture themed Death Industrial type recording; but this work has a very esoteric feel. There are some intense layered builds of differing feedback and samples, these are slightly harsher than the subtle, distant ambient sounds that form most of the album. The contrast adds diversity of sound. This does lead me to think about the connection between the titles of the tracks and the sounds themselves. I question if the shock elements that tie to traditional Industrial/PE themes really need to be here as they do fade as the work develops? Sometimes the titles need not be there as the sound of Wounds of No Return depart massively from the ugliness that cropped up in the earlier Zoloft material - it eclipses its themes. There is a lot of beauty contained within Wounds, is it torturous horror made to appear appealing? Wounds is a Negative Beauty, across the board this is a rich, evocative and sonically powerful album. 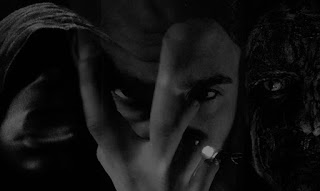