Akubi Object, Prayers, Rikk and Me.

As some of you may know this blog is named after the last address of the late, great Rozz Williams . I had pictures taken of the said address for this site. In the past I have had the honor of writing about and reviewing  his Premature Ejaculation work, particularly the Malaise Music series of Lost Recordings. Rozz was an obsession; finding new recordings and images was always fun. A loosely linked band to the Rozz family was Akubi Object, I was really fortunate to do the artwork for the reissue of the demo that Malaise Music did. The original demo was made in 1996 and the Malaise reissue came in 2012. The main figures were the late bassist Israel Medina, pianist Amy Chiu,  Kenton Holmes who did the guitar and keyboard work and vocalist Evad Fromme. Kenton and Evad went on to do some amazing work in 13 Knots, Gitane Demone and many other projects over the following two decades.

My painted artwork was also made into a T-shirt that was sold at the reunion shows that the surviving members did around the time of the reissue. The shirt was great and Ben Siebert did an amazing job remastering the demo onto cd. I only had a scan of the demo to work from, the original image of pianist Amy Chiu was long lost in time.

Today on 13th October 2017, I got an email Kenton Holmes. The band Prayers had recently been working with Rikk Agnew, James McGearty and Gitane Demone who were all early members of Christian Death. I particularly got into Prayers first 3 eps years ago. They are great artists who make amazing music with a deadly serious vision. There is a very recent video where Prayers and the said members of Christian Death are talking about their recent work together. Rafael Reyes talks with great detail and intensity about the influence Rozz had on him. I believe Prayers to be one of the greatest acts that are influenced by Rozz and I truly respect their originality.

During an interview segment with Rikk Agnew, Kenton informed me that he is wearing the T-shirt that has my painting on. I was blown away by this minor detail. I'd recently been reviewing for another site, it wasn't for me. This small thing blew me away, I am thrilled to near tears and with this North Fuller Ave kicks into gear again. Yet again links to my  Rozziness reveal life's absolute beauty and intensity in full.

A link to the Prayers/Christian Death video.
Prayers Website 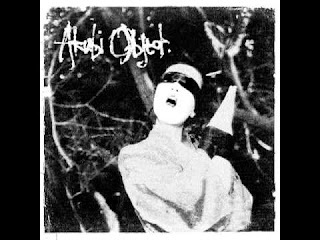