The latest release from Testing Vault is a collaboration with writer Michael Isaak who is also linked to the massive TV Disintegrator set of works. God Ebbels also follows on from some impressive recent Testing Vault collaborations with Allan Zane and Ira Cohen.

Made up of three movements, the work is based on an apocalyptic dream of Danielle Santagiuliana in which the behaviour and actions of Maldoror took the physical shape of a thin, crippled Nazi; Reich Minister of Propaganda Joseph Goebbels. It delves into the secret Aryan cults linked to the Third Reich and pays homage to Comte de Lautréamont's Les Chants de Maldoror. Izaak wrote his spoken word passages from notes and information supplied by Santagiuliana. They create an impressive dialogue that narrates Goebbels thoughts and revises his history.

This is underpinned by nightmarish soundscapes which on this occasion are a lot more dramatic than usual; they are interrupted by sudden shifts in mood that frequently backtrack as if nothing ever happened – distorting the work’s reality. This occasionally entwines with Isaak’s vocal to abstract the work’s whole and make for one complete form that is something other than vocal and musik. The music pays reference to Maurizio Bianchi - Symphony for a Genocide and Premature Ejaculation’s – Anaesthesia in parts, however it remains its own throughout.

God Ebbels raises many questions such as; is Isaak Ebbels and Testing Vault the dream? Is the work about the self as much as the dream’s vision? From my time knowing Isaak, I recognised several points of self-reference. There are Rozz Williams reference’s a plenty such as the Third Reich, Holy Water, the vocal style and Chants of Maldoror which was the lyrical influence of many Williams projects. Is this album political in terms of present day dictatorships, Williams and references to longer living contemporary fascism? Is the dream wider distorted present day reality? Are Isaak and TV accidentally presenting the now and not the dream? This album leaves the listener thinking about the work.

This is the best Testing Vault work since the Disintegrator and TV’s strongest collaboration. It is strongly conceptualised and the vocals are excellent. As a coupling the results are strong, both artists have woven themselves into a tightly woven tapestry of sound and word. 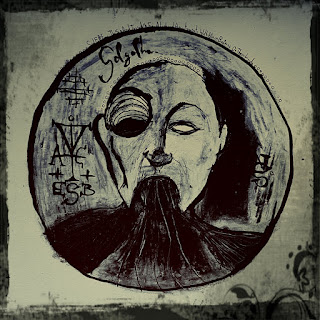