Tracklist:
1. Phantoms
2. Three Options Collided
3. Shamanic Rite Passing on a Table Equipped with Azzax and Trumpet
4. Memorex
5. Dahomey Kingdom
6. Fragments of a Winter with a few Other Cards to Play
7. An Index of Maths Philosophy
8. Codified
9. North-South Crossing
10. Orient Out of Tune 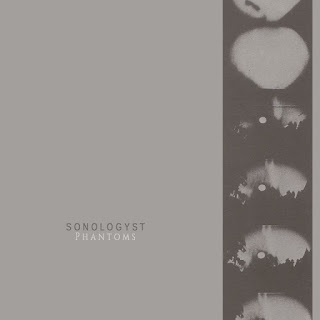 At this moment, there appears to be a lot of great experimental material emerging from Italy, and Sonologyst is no exception. Furthermore, whilst this is undoubtedly firmly in the ambient camp it’s also fair to say that it defies being put into any particular slot within the broad spectrum of ambient styles. There are elements of the dark, occult, ritual, isolationist, and industrial subcategories of the genre, but it’s all mixed together with such craft, skill, and attention to detail that it all melds together into one seamless whole.

Above all, this is a discourse on the truly alien – using modes of sound and expression that are at once familiar and yet dissonant in some bizarre way. Noises that we hear every day, the constant soundtrack to our daily lives, form the substrates of these ten slices of ghostly surrealistic mirages, fleeting and illusory: voices, machines, natural environments, wailings, screeches, scrapings, and some eluding description. They’re the aural equivalent of fleeting memories flashing stroboscopically on the inner screen, or perhaps a series of hallucinatory snapshots of a distorted hypnogogic dream in disrupted time: before we’ve even had a chance to grasp their significance they’ve already dissolved and segued into something else.

The beauty of this album is that it refuses to stay still, with sounds and images tumbling over one another in a rush of creation and instantiation. It’s as if this is the point at which everything came into being, with the ghosts of all that was, is, and will be suddenly blooming in one grand gesture, a singularity of focused ideation, an etheric collection of blueprints stamped with potential. It’s a flowering of overflowing chaos, a madhouse of colour, form, and shape, all exploding at once in an act of endless imagination. It’s all here – darkness, light, good, evil, bright, dull, natural and supernatural. In just the same way that we humans are microcosmic reflections of the macrocosmos, so too is this album – it’s a reflection of the all in the singularity, and the singularity in all.

For people who want quality ambient that defies easy pigeonholing, that’s both uplifting and yet threaded through with hints of the darkly bizarre underbelly of existence, the plane where very few of us venture to explore. Also for those who, like me, ‘see’ music through images rather than as just sounds. A good place to find yourself, I think.