I confess to being new to New Hampshire’s Closer Bones, the project has been active since 2013 and done four releases since then. This is a Non-Binary, pansexual project that has appeared on some impressive Queer Noise compilations such as ‘A Queer Noise to Drown Out the TERFs’, sharing album space with Apk ♀ ᴎᴇᴛ ☯ LtdFAX and The Answer to All Your Questions.

The album’s main theme is that it is dedicated to those who are still trapped by the Watchtower or Bible Tract Society (Jehovah’s Witnesses) all profits go to Reclaimed Voices who campaign for change in Jehovah’s Witness policy, such as keeping sexual abuse secret.  A couple of tracks deal with growing up closeted queer in the Jehova’s Witnesses.
It features different guest appearances on each track, these include: Fire Toolz, Poète Maudit, porcelain MagGot, SBTDOH, Swamp Temple, Feedback Queen, peasant Farm, Wormhoudt and Straight Panic. 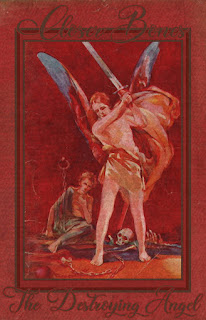 The album’s opener Old System displays some futuristic, concise dialogue sampling, the vocals go off in the foreground and sometimes right to the background behind everything. Tracks boast good crunch and high-pitched sound that combine for some odd, violent noise. I use the word as there are a lot of wtf sounds going on, there is a kazoo like drone that teases throughout Old System or the tinkering pianos on ‘Fragmented during Formative Years’. This plays with a lengthy Death Industrial Chug along on that blisters into ambient territory for dialogue samples to play out. Neglect of Faith is noisy and ethereal – it builds upon the sharp trebly assault that was in the opening track, this then carries through in Blood and Fear which demonstrates raw, urgent, anxiety causing, esoteric electronics that pulsate loops of hiss. The vocal outburst is impressive. Muddy beginnings are destroyed by Organs and further displays of hissy sharpness on Scoptophilic Transgression as samples taunt. Psalm 94.19 combines distraught dialogue samples, sermon and noise; reaching relentless, insane revving levels of intensity.  01000101 01101110 01100100 uses samples and tickles with choppy, restraint quickly shifting the albums territory elsewhere. Snubbed and Spat on is a real shit kicker, the choppiness of the previous track is intensified to deceptively function like a wall. I find the assault very direct; it’s cut into with sharp noise like wall’s are, but everything is very direct and doesn’t allow for it to function in a void-like or ambient way. As soon as the vocal arrives, the track is saying “Die” and flirts with the rawer, course aspects of British Power electronics to amplify the hate. New System carries on the violence eventually smoothing it into Wall like death as the vocal rage continues in the background.

The collaborative/guest aspect on each track keeps the album fresh and inventive. The noises converse between themselves on different tracks, they re-appear on different tracks too. This isn’t a simple album; it’s layered, complex and does demand further listening each time as there are many minor details, samples, textures and patterns woven into the work. There’s a holy sadness that reoccurs through the album as if addressing religion directly. Samples from religious services are used in parts too, either way it is frequently presented back directly to the target throughout the album. What I admire is the album isn’t fashionably blasphemous, it tackles the many issues of creator with the Jehovah’s Witness directly through the samples and tortured vocals. The Destroying Angel is an ambitious album that pushes beyond its boundaries continuously. I can’t decide if it is good or great. If it’s very good, I feel this project could potentially go onto true greatness once the focus is even further sharpened and the quirkiness allowed to grow. Good or great? I'll keep listening and find out.

This is currently a digital only release and will be released on cassette in July on Black Ring Rituals Records.
https://blackringrituals.bandcamp.com/music

Closer Bones has also been kind enough to compile and email me a list of recommended Queer and related noise artists to this project. I feel this allows the reader to investigate more great stuff.