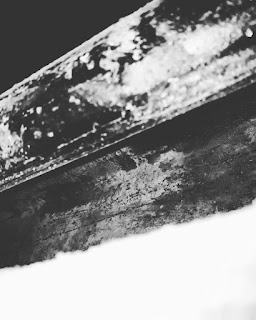 Depletion is the project of Martyn James Reid, who is also one half of Vampyres with Lee Stokoe. Depletion have actively been releasing since around 2013, there have been around 14 releases in this time.

The album begins with dark droning atmospheres, that have a stark and deceptively repetitive nature, there are shifts in tone that are subtle. This has a psychedelic effect that resonates through the work; as if from an old TV programme. This can have a more abrasive effect in parts to add more aggression to the work. There are some bleeping noises that add rhythmic noise to the main warbling sounds. I find the album does differ in each track, becoming aggressive through there being less shift in the repetitive sounds with more harsher tones added too.

Later tracks like Broken Doll use a more fractured atmosphere with background drones doing the work of the warbling noises in the first two tracks. The noises here are random and function like sound collages, there is some melody added further on, this is psychedelic in how effects are used. Brain Scan is livelier, the use of sound is noisier and more aggressive, it’s still a soundscape, rather than just an assault – there is space in the work, it isn’t dense or claustrophobic at first. It really arcs and drones a lot more, as this develops periods of density come into the sound. Suspended by Black Shadows returns to the more ambient textures and has more of a nightmarish feel to it than before, bringing a bleak end to the album.

As an album I like this a lot, it demonstrates the pulsating psychedelics of Martyn James Reid and how he builds intensity to his work, I feel elements of this are brought into Vampyres. Final Exit is a strong album, each track is different yet ties together well.

By Nevis Kretini at August 20, 2019
Email ThisBlogThis!Share to TwitterShare to FacebookShare to Pinterest