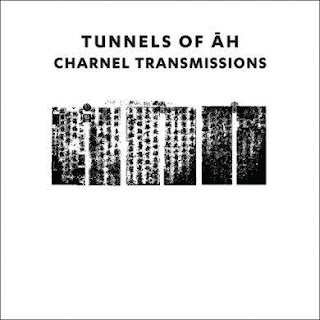 You know, I am utterly convinced that some musicians, Stephen Burroughs being one of them, must have access to some device that allows them to travel through the streams of time. Listening to this, the fourth album from this British project on Cold Spring Records, I got the feeling that it was a recording of our future from our future, or what’s left after our extinction. It’s desolate, wind-riven, cold, choked with dust and debris, and barren. These are the sounds that only a dead civilisation makes, where our only legacy are the eyeless chasms of what were once the windows and doors of high-rise skyscrapers, their rusting steel skeletons reaching up to a silent sky with rotting and rusted concrete skin still clinging on, and where the suffocating blanket of radiation we’ve laid over the world’s surface has bequeathed a semblance of distorted life to machines.

The world is dead and lifeless, but not silent. Here be the ghosts of a society that lost touch with what gave it life, and as a reward for sustaining us we gave it death. Hurricane winds barrelling through empty caverns, both artificial and natural, banshee howls (or lamentations, perhaps), the seismic rumblings of an enraged world, the grind of mechanical behemoths lording it over a decayed landscape, recordings of the spectral voices of the long dead talking from the past: disturbing enough elements in their own right when heard singly, but when combined paint a terrifying picture of what’s in store. There’s no optimism here, and any room for hope has shrunk to an infinitesimal singularity. There’s no light, no colour.

‘Stations of the Skin-Bag’ will serve as a prime example – a high-pitched howling, electronic yet somehow human, set against a grainy, glitchy, sawing backdrop, builds up steadily until it breaks into crackles and even more graininess. A male voice, distorted as if coming from underwater, emerges out of the darkness only to be replaced by that overarching howl and broken background noise. It’s a grief-stricken plea from a history that no one will ever know, and it can only sing its pain to the void.

A pessimistic, nihilist album: to be seen perhaps as a hymn to a future that hasn’t yet happened, but is almost inevitable. Maybe play this whilst wearing sackcloth and ashes, and indulging in a little bit of self-flagellation using your favourite studded cat-o-nine-tails.